Equitable Remedies For Breach Of Contract

Equitable Remedies Do Not Include One Of The Following:

Contracts can be viewed as tools that businesses use to avoid disputes. That is why contracts are often binding and legally enforceable. But that does not mean that a party or parties that are bound by a contract do not sometimes breach them. Breaching a contract simply means that a party has violated the terms of a contract or has failed to perform a promise as defined in the contract.

This breaching party could be a vendor, a third party, or a partner. In a situation where a breach of contract has occurred, the wronged party can claim to “be made whole” or to be compensated monetarily in the form of damages. Get in touch with a business law lawyer to learn more about a equitable remedies for breach of contract.

The types of contract breaches include:

Remedies For Breach Of Contract In Texas 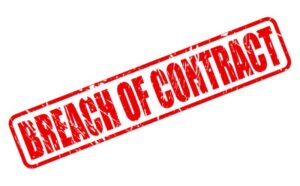 Contract disputes happen when a partner bound by a contract breaches that contract. Remedies for such situations include rescission, specific performance, reformation, and injunction.

Elements That A Plaintiff Must Prove

What Is An Equitable Remedy

Lawsuits are often seen as a last resort for wronged parties because lawsuits are often expensive and may not always result in favorable rulings. So, the disputing parties may have mediation and then arbitration to try and resolve their issues and reach a compromise. But if all fails, litigation is inevitable.

For a successful lawsuit, the plaintiff must prove the following elements:

Send Us A Question

How Can We Help?
Page Contents